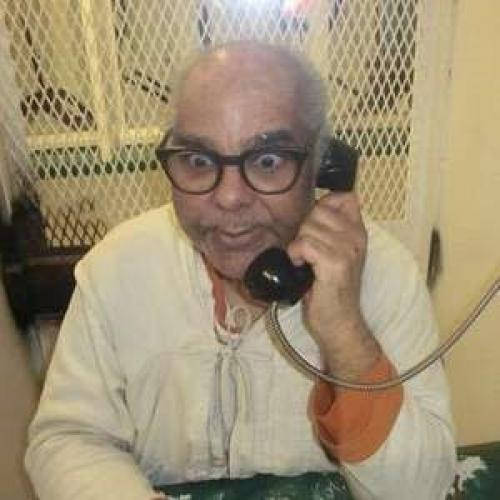 Harris County DA Seeks to Vacate Sentence for Raymond Riles, Nation’s Longest-Serving Death-Row Prisoner.
The Harris County District Attorney’s office has asked the Texas Court of Criminal Appeals to overturn the death sentence imposed on Raymond Riles (pictured), the nation’s longest-serving death-row prisoner.
Riles, who has a significant history of mental illness that prosecutors and defense lawyers alike have long agreed make him incompetent to be executed, was convicted and sentenced to death 45 years ago, on February 4, 1976. When Charles Foster, who was sentenced to death in Florida in 1975, died on December 30, 2020, Riles gained the notoriety of having been on death row longer than any other living prisoner in the United States.
Riles’ mental illness was already well-documented at the time of his trial but was deemed insufficient for him to be found not guilty by reason of insanity. A judge stated that he had committed about a half dozen members of Riles’ family to mental health facilities over the years before Riles’ trial. The trial was marked by several outbursts, including Riles tearing off a door jamb, jumping on the defense table, and attacking the judge. Mental health experts who have examined him have said is delusional and “grossly psychotic.” In 1985, he attempted suicide by setting himself on fire. He came within two hours of execution in 1986 before a stay was granted to assess his mental competency. At the time of Riles’ trial, however, the Harris County District Attorney now says, his jury did not have a mechanism to properly consider evidence that could have spared his life. In an extraordinary brief filed February 1, 2021 in the Texas Court of Criminal Appeals, District Attorney Kim Ogg joined Riles’ defense lawyers in asking the court to grant Riles a new sentencing hearing. “Death penalty law has evolved and now requires jurors to be able to meaningfully consider and weigh mitigation evidence about an offender such as childhood abuse and trauma,” Ogg said. “In 1976, Riles’ capital murder jury was not given this opportunity.” Riles’ case highlights an unusual phenomenon in death-penalty law. Although Riles has been found incompetent to be executed, that ruling does not affect the legality of his death sentence. “If someone is deemed incompetent that should be the end of it, we should move them off [death] row,” said Amanda Marzullo, a death penalty lawyer and former director of the nonprofit legal group Texas Defender Service. “And sometimes that happens, but it’s the exception not the rule.” Instead, prisoners like Riles end up in limbo: they remain on death row, but can only be executed if their mental health is restored to the point that they understand their punishment and the reason for it. Richard Burr, the lawyer who defended Florida prisoner Alvin Ford in the case that created the standard for incompetence to be executed, described the challenge this presents for defense attorneys. “You realize that it’s cruel to have your client living there untreated, but also cruel to have them treated and restored to competence and possibly be executed,” he said. “For many decades, there have been men marooned in prisons, mainly throughout the South, with death sentences that both sides know, under some sort of détente, will never be carried out,” said Joseph Perkovich, a lawyer who has represented prisoners with mental illnesses in at least five states. “There’s just no real legal mechanism to reassess what should be done with those people,” said Thea Posel, one of Riles’ attorneys. “Our system just isn’t structured for that.” Ogg’s filing may finally resolve that situation in Riles’ case. “These cases are heartbreaking because the process takes so long,” Ogg said. “It just prolongs justice and healing for the families of the dead.” If the court grants Riles’ request for a new hearing, Ogg will have to determine whether to continue seeking the death penalty and, if she does, a jury will have the opportunity to consider his long history of mental illness. “Mr. Riles’ mental illness is one of the ‘diverse frailties of humankind’ that a jury must be permitted to weigh when deciding whether to impose the ultimate punishment,” lawyer Jim Marcus, of the University of Texas at Austin School of Law, said.

Supreme Court Rules Favorably Toward Ruben Gutierrez, Inmate Requesting Priest at Execution----Last summer, the Texas Catholic Conference of Bishops had called the state’s denial of a chaplain for Gutierrez “an egregious rejection of the possibility of forgiveness and redemption while the state commits the violence of an execution.” The Supreme Court on Monday ruled favorably toward a Catholic death row inmate requesting the presence of a priest at his execution. In a set of orders released on Monday morning, the court vacated a ruling of the Fifth U.S. Circuit Court against Ruben Gutierrez, a Catholic death row inmate in Texas challenging the state’s prohibition of chaplains at executions. In addition to vacating the Fifth Circuit Court ruling, the Supreme Court also sent Gutierrez’s case back to lower courts for reconsideration, in light of findings by a district court that a chaplain inside the state execution chamber wouldn’t present security concerns. One attorney at the religious freedom legal group Becket said the decision was a win for religious freedom, and called on the state of Texas to stop fighting Gutierrez’s case in court and provide him with a priest at his execution. Eric Rassbach, attorney at Becket, called the ruling an “important” victory for religious freedom and called on the Texas Department of Criminal Justice “to take the hint and reinstate the centuries-old practice of affording comfort of clergy to the condemned.” Gutierrez was sentenced to death for the 1998 murder of Escolastica Harrison, an 85-year-old woman, during an attempted robbery. He has maintained his innocence, saying he was part of the robbery but did not commit the murder of Harrison. He had requested that his prison’s Catholic chaplain be present in the execution chamber at his death. Gutierrez’s request was denied due to a 2019 state execution protocol prohibiting chaplains in the execution chamber. He challenged the policy in court, alleging that it violated his rights under the First Amendment and the Religious Land Use and Institutionalized Persons Act (RLUIPA). The Supreme Court ultimately stayed his execution, which had been scheduled for June 16, 2020, instructing the district court to consider the security concerns of a chaplain being present in the execution chamber. The district court later found that “no serious security problems would result” from a chaplain being present in the execution chamber.

Death sentence of Charles Brownlow commuted to life without parole. A Kaufman County court ruled that the state will not put to death a man responsible for Kaufman County history’s biggest mass murder. A judge had condemned Charles Brownlow for killing five people in October of 2013. Based on the U.S. Supreme Court’s latest guidance, the Kaufman County District Attorney says Brownlow does not meet the legal threshold to qualify for execution based on his mental capacity. The court automatically commuted his sentence to life without parole. On 20/05/2016 (see HoC) a Kaufman County jury sentenced Brownlow, then 39, Black, to death. He was convicted of capital murder in the Oct. 28, 2013, slaying of store clerk Luis Gerardo Leal-Carillo. Brownlow is also accused of 4 other murders, all on the night of Oct. 28, 2013. Brownlow was 36 when he murdered his mother, 61-year-old Mary Brownlow at her Madison home and set her body on fire; his 55-year-old aunt, Belinda Young Walker, Kelleye Lynette Pratt Sluder, 30, and Jason Michael Wooden.
Marc Moffitt, an Assistant District Attorney in the Kaufman County office, says they talked to Brownlow’s family members as well as the families of the other victims and explained the reasons. He says they all were supportive of the decision.

Judge recommends new trial to Areli Escobar.
A Travis County state district judge, David Wahlberg, has recommended that Escobar get a new trial, after his attorneys raised concerns that a former Austin crime lab technician incorrectly analyzed DNA evidence collected in the case. The recommendation comes as local attorneys review Travis County convictions that involved DNA evidence after a state audit highlighted problems at the lab. Areli Escobar, 41, Hispanic, was sentenced to death on May 20, 2011 (see HoC) for sexually assaulting and killing 17-year-old Bianca Maldonado and injuring her son. He may get a new trial, if the Texas Court of Criminal Appeals agrees with Judge David Wahlberg's recommendation.