government: military junta
state of civil and political rights: Not free
constitution: 10 May 2008
legal system: based on English common law
legislative system: unicameral People's Assembly (Pyithu Hluttaw)
judicial system: limited; remnants of the British-era legal system in place, but there is no guarantee of a fair public trial; the judiciary is not independent of the executive
religion: Buddhist 89%; Christian, Muslim and Hindu minorities
death row: +
year of last executions: 0-0-1988
death sentences: 0
executions: 0
international treaties on human rights and the death penalty:
situation: 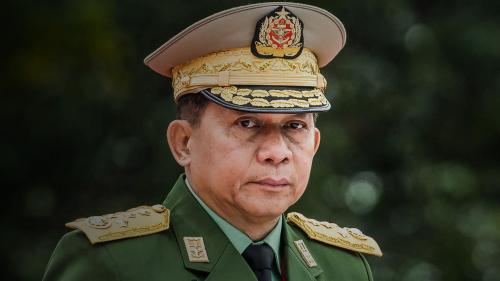 Myanmar's new military-led State Administration Council on 12 February 2021 announced the remittances of more than 23,000 prisoners, both local and foreigners, as protests against the coup continued for a seventh consecutive day.

Myanmar's new military-led State Administration Council on 12 February 2021 announced the remittances of more than 23,000 prisoners, both local and foreigners, as protests against the coup continued for a seventh consecutive day.
Council chair Commander-in-Chief of Defence Services Senior General
Min Aung Hlaing granted pardon to the inmates -- 23,314 local, 55 foreigners -- who received punishments for any offence before 31 January 2021, reports Xinhua news agency.
The move comes on the country's 74th Union Day, which marks the historical Panglong Conference held in Shan state, during which the Panglong Agreement was signed on 12 February 1947. Myanmar regained independence on 4 January 1948.
The state pardon order reduced the death penalty to life imprisonment with no possibility of release, life imprisonment with no possibility of release to 40 years, excluding those who have been pardoned from the death penalty to life imprisonment in the previous amnesty orders.
Terms for prisoners who have been sentenced to life imprisonment in the previous amnesty orders will be reduced to 50 years, punishment of more than 40 years of imprisonment will be reduced to 40 years while 40 years and under are cut one-fourth, the Council said.
The moves aim to turn the prisoners into decent citizens, to please the public and to create the humanitarian and compassionate grounds while establishing a new democratic state with peace, development and disciplines, it added.
Min Aung Hlaing said the remittances were part of an effort to build a "democratic country with disciplines".
According to a CNN report, mass prisoner releases are common on national holidays in Myanmar.
But this is the first such amnesty under the current rule of the military under Min Aung Hlaing, which seized power in a coup on 1 February, ousting former de facto leader Aung San Suu Kyi.
The military detained Suu Kyi, former President U Win Myint and other senior members of the National League for Democracy (NLD) party.
Besides the coup, which was staged over the disputed results of the 8 November 2020, parliamentary elections, the military also declared a year-long state of emergency and handed over the state power to the Commander-in-Chief.
Despite a ban on gatherings in Myanmar, protests continued on 12 February against the coup in major cities, including Nay Pyi Taw, Mandalay and Yangon.