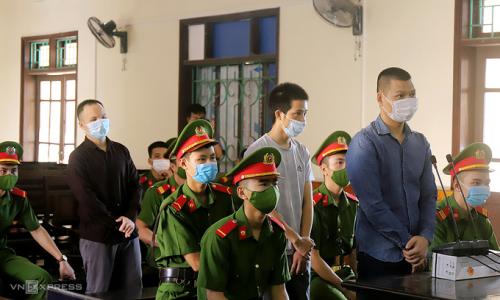 A court in central Vietnam on 16 August 2021 handed out death penalties to three Laotian men for transporting heroin and other narcotics.
The three men, 25, 27 and 31 years of age, were sentenced for the illegal transportation of narcotics.
According to the verdict, on 4 October 2019, border guards in Ha Tinh Province in collaboration with other task forces caught one of them driving a car carrying 45 kilos of methamphetamine, six kilos of synthetic drugs and 30 packs of heroin weighing around 350 grams each along National Highway 8A in Son Kim 1 Commune of Huong Son District.
He had collected the drugs from a street-side bush near Cau Treo International Border Gate in Huong Son, Ha Tinh.
Less than an hour later, the task force caught the other two men traveling together in another car.
Upon arrest, the three said another Laotian has hired them to deliver the drugs to a business partner in Ha Tinh Province for $2,000 each.