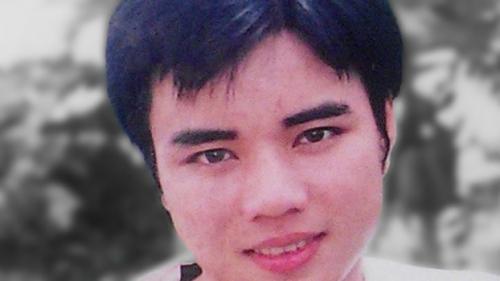 Death row inmate Ho Duy Hai’s sentence for murder was re-affirmed by Vietnam’s top court in a meeting on 15 June 2020 of the National Assembly, state media reported.
Ho was arrested in March 2008 and convicted nine months later of plundering property and murdering two female postal employees in Long An Province. The People’s Court of Long An province sentenced him to five years for the theft, and gave him the death penalty for the murders.
Appealing to the National Assembly is the last recourse for Ho and his family after the Supreme People’s Court last month rejected a request by the procuracy to reinvestigate the decades-long case that has seen appeals and a 2014 stay of execution ordered by the then president.
Two National Assembly deputies petitioned the legislative body to reinvestigate irregularities in how the case was handled. As part of the investigation Supreme Court Chief Judge Nguyen Hoa Binh on 15 June reaffirmed that Ho was guilty of the crimes.
Nguyen was also the judge in last month’s cassation trial that upheld the sentence, leaving Ho’s family little option but to hope the assembly would agree to reinvestigate.
Judge Nguyen Hoa Binh explained on 15 June that Ho gave 25 statements to the court admitting his guilt. Nguyen added that at his first testimony, Ho wrote down the details of the case rather than interrogate himself.
Nguyen also confirmed Ho's admissions came at several key junctures.
For example, Nguyen said, when Ho was set to be executed on 5 December 2014, he petitioned then-President Truong Tan Sang to try to get a reduced sentence. He did not claim innocence in his petition, and was granted a temporary stay of execution the day before it was to be carried out.
While the judge reaffirmed the court’s belief that Ho is guilty, the National Assembly has not yet indicated that it is close to making a decision on concluding its investigation.
Observers have pointed to several procedural errors in Ho’s case, including that it was largely based on a confession that he later recanted, saying he had been forced to do so by police during his detention.
Additionally, prosecutors lacked crucial evidence, as no time of death for the two victims was ever established, fingerprints at the crime scene did not match Ho’s, and the murder weapons were misplaced by the forensic team.
London-based rights group Amnesty International has cited Ho’s mother as saying that he was tortured in prison, citing his deteriorating health and loss of weight.
In February 2015, the National Assembly’s Committee on Judicial Affairs declared after a reinvestigation into the case that during both the initial trial and the appeal, there had been “serious violations of criminal procedural law.”
The committee urged that the case be reviewed on appeal, but in December 2017, Long An province’s procuracy pushed for execution.