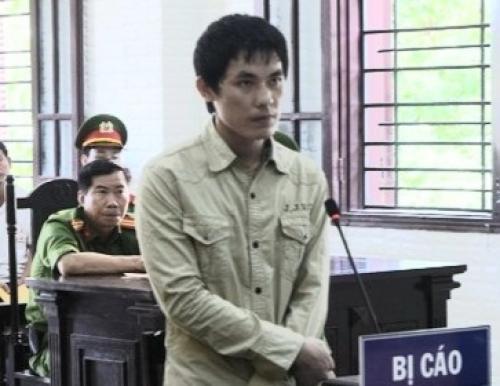 The Quang Binh Provincial People's Court on 28 August 2019 gave a death sentence to a Laotian man for involving in the smuggling of over 300 kilos of meth.
Xeng Vang, born in 1995 and residing in Bolikhamsai province of Laos was given the death sentence for illegally transporting drugs.
According to the indictment, on the evening of October 12, Xeng Vang was hired by another Lao national, Hang A Chinh who lives in Dak Nong Province to drive a truck transporting drugs from Ha Tinh Province to Danang City.
The truck was stopped by transport police for speeding on National Highway 1A in Le Thuy District. While police were about to check the truck, the two men fled into a nearby forest.
When examining the vehicle, police discovered 300 nylon bags of crystal meth weighing 308.6kg.
The next morning, with the co-operation of local people, security forces arrested Xeng Vang.
He admitted he was hired to transport the drugs for USD10,000.