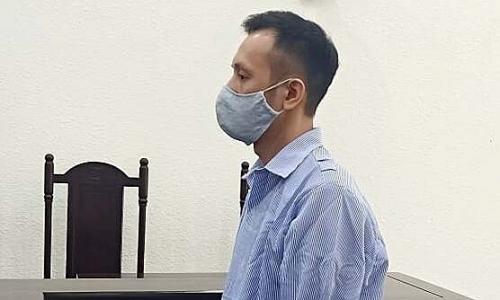 A Hanoi man received a death sentence for transporting over 2.5 kilos of ecstasy into the city last year.
The court in Hanoi handed two sentences on 18 May 2021 to Pham Cao Khuong, 37, on the charge of "illegally transporting narcotic substances," and "illegal possession of narcotic substances," punishable by death and eight years in jail respectively.
Khuong, a resident of Hanoi, was caught by police on 13 July last year carrying a cardboard box on Kim Dong Street of Hanoi's Hoang Mai District.
Inside the box were three more boxes containing 5,441 ecstasy pills weighing over 2.5 kilos.
A later search of Khuong's home uncovered a bag of ketamine in the form of flour and 50 more ecstasy pills kept in a safe.
According to the verdict, while in prison on another charge, Khuong met a prisoner named Ngo Nhat Anh. The duo stayed in touch after both got released.
On the night of 10 July 2020 Anh called on Khuong to receive a drug shipment from Ho Chi Minh City.
Accordingly, Khuong would be paid VND15-20 million ($650-870) on completion of the job.
The next night, Anh visited Khuong to drop the ketamine along with 50 ecstasy pills, telling him to wait for further instructions.
Anh also gave Khuong a mobile phone to receive calls from a person who had brought the drugs from HCMC to Hanoi.
Following Khuong's testimony, investigators have identified Anh as a local resident in nearby Nam Dinh Province, currently at large.