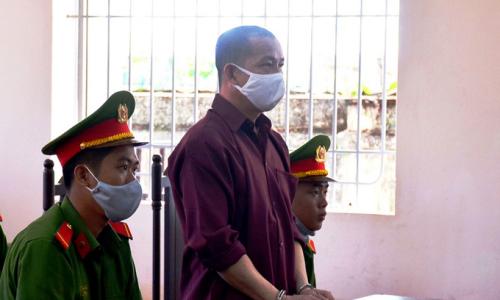 A 42-year-old Vietnamese man was sentenced to death on 17 August 2020 for delivering many packages of drugs for a Cambodian woman known only as Roem.
The death sentence was awarded by the Long An People’s Court to Truong Quoc Cuong, a former driver hailing from the Mekong Delta province’s Vinh Hung Town after it found him guilty of drug trafficking.
According to the indictment, in mid-2018, Cuong made the acquaintance of Cambodian national hitherto identified as Roem, when he was hired to drive her for several hospital visits in Ho Chi Minh City.
Roem later hired Cuong for many drug deliveries from Cambodia to HCMC via Hung Ha Commune in Long An.
Cuong was stopped near the Tuyen Binh Border Guard Station in Vinh Hung District’s Tuyen Binh Commune. About 64 kg of ketamine, methamphetamine and heroin was found in his car, and he was arrested.
Cuong told the police that he was working for Roem delivering drugs ranging from two to 64 kilograms each trip. He had earned over VND4 billion ($172,000) from the illegal venture when he was arrested.