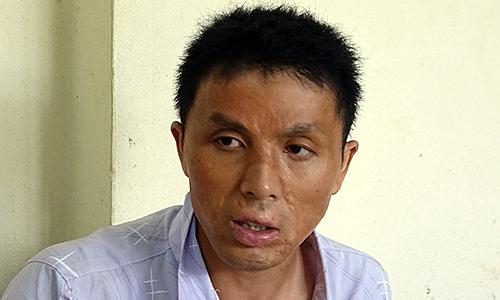 A Chinese man was sentenced to death on 12 May 2020 in the southern province of Tay Ninh for murdering his Vietnamese mother-in-law.
Xiong Zhoughen, 39, killed Vo Thi Mong Diep in a heated fight last year.
In 2018, Zhougen had married Diep's daughter and the couple had moved to China. His wife later returned to Vietnam and began living with her mother in May last year. The following month, Zhougen traveled to Vietnam and lived with his wife and mother-in-law for a few days before asking Diep for money to return home to China. Diep said she had no money and asked Zhougen to leave.
A verbal fight then escalated into a physical one, with Diep and Zhongen using bare hands and several objects to hurt each other. Zhougen then hit Diep repeatedly in the head and face with a hammer before using a knife to slit her throat until she lay motionless, the court heard.
Zhougen tried to escape after the murder, but was apprehended later.