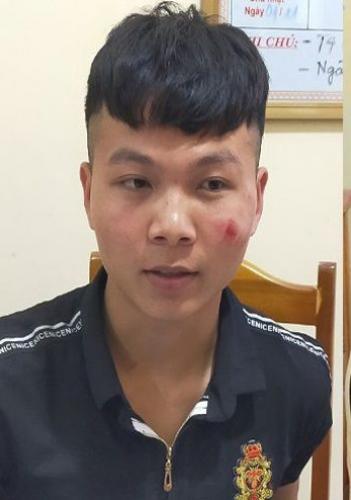 A teenage boy from the north-central Vietnamese province of Thanh Hoa on 26 April 2021 was sentenced to death for murdering a woman and stealing her property last year.
The provincial People’s Court conducted the trial of Khuong Van Anh, 19, Khuong Van Khue, 17, and Khuong Hoang Hai, 16.
Anh received the death penalty, while Khue and Hai were condemned to 18 years and 12 years in prison, respectively, for murder and robbery.
Anh, who resides in Dinh Tien Commune, Yen Dinh District, was unemployed and addicted to online games, according to the indictment.
As he ran out of money for gaming and other personal needs, Anh planned on killing 65-year-old Le Thi H., who lived in the same neighborhood, to steal her assets.
Anh asked Khue and Hai to join him, and they agreed.
On 4 November, the three boys broke into H.’s house and murdered the victim with a knife.
They took her gold jewelry and money and threw the murder weapon into a nearby river.
After spending the victim’s VND2 million (US$86) worth of cash on gaming, the three sold her gold earrings for VND15 million ($650).
Police officers arrested them on 5 November.
Anh was previously given a jail term for robbery in 2019 but he was given a suspended sentence with a 30-month probation period.