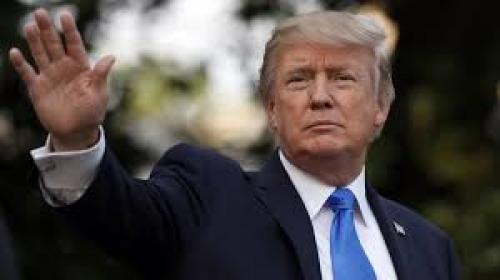 The Trump administration is trying to bring back firing squads and electrocutions for some federal executions, but it is unlikely to affect any executions.
ProPublica reported that the lame-duck administration is rushing to finalize a number of regulatory changes before President Donald Trump leaves office next month, including one that could reauthorize the use of firing squads and electrocutions in federal executions.
A proposed rule change entered by the Department of Justice into the Federal Register on August 5 would alter the method of execution for death-row prisoners.
The new rule is scheduled to be published in the Federal Register on Friday, Nov. 27.
The amended rule would essentially allow federal executions to be conducted via methods other than lethal injection in states that allow for other means of killing prisoners.
The amended “Federal Death Penalty Act” requires executions to be carried out “in the manner prescribed by the law of the state in which the sentence is imposed.”
But ProPublica reported the change may never change any executions. All the remaining federal executions scheduled before President-elect Joe Biden takes office on January 20 are planned to be conducted via lethal injection. Biden opposes the use of the death penalty and has indicated his administration will not seek executions of federal death-row prisoners.
So far, eight federal death-row prisoners have been executed under the Trump administration since the DOJ, which oversees the Federal Bureau of Prisons, reinstated federal executions for death-row inmates in July 2019.
Five other inmates — Lisa Montgomery, Alfred Bourgeois, Brandon Bernard, Cory Johnson, and Dustin Higgins — are set to be executed between now and January 20. Montgomery will be the first female federal inmate to be executed in over 60 years, according to the Death Penalty Information Center.
The Trump administration's plan to carry out multiple federal executions during a transition and lame-duck period is unprecedented, the center said. It said the Trump administration was the first to execute a death-row inmate during a presidential transition period since President Grover Cleveland's outgoing administration in 1889.
According to ProPublica, the Trump administration is also hoping to make consequential regulatory changes in other areas, such as immigration, environmental policy, energy standards and water use, and the regulation of major food plants.