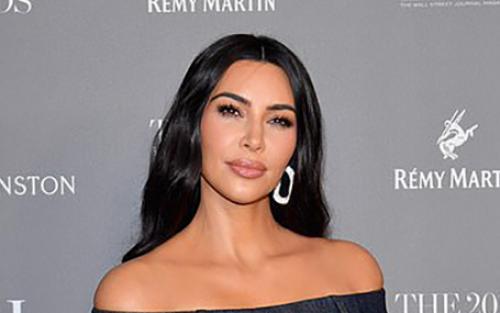 Kim Kardashian visits death row inmate Julius Jones. Jones has been on death row since 2002.
Kim Kardashian is continuing to use her platform and legal training to help free those she believes have been wrongfully incarcerated. Kardashian’s latest efforts have been geared towards Julius Jones, a man who has been sitting on death row in Oklahoma for the past 20 years. Kardashian met with Jones, as well as his legal team and family.
In 1999, 19-year-old Jones was attending college after receiving a football scholarship. He was home for the summer when he and a teammate, Christopher Jordan, were arrested for the murder of 45-year-old businessman Paul Howell, White. Jordan, who fit the description of the murderer provided by a witness, told police that it was Jones who shot Howell. For his testimony, Jordan received a shorter sentence and has since been released. Jones, who had no history of violence, was sentenced to death. Jones’ supporters note that he was given inadequate counsel and that many key factors in the case that would have proven his innocence were never presented in court. The district attorney at the time had the highest rate for death penalty convictions in the US. Race was also likely a factor in Jones’ arrest, trial and sentencing.
According to TMZ, Kardashian became aware of Jones’ case after watching the 2018 docuseries, The Last Defense (See HoC 12/06/2018). Produced by Viola Davis and her husband, Julius Tennon, the 7-episode documentary series examined Jones’ case as well as the case of Darlie Routier, a Texas woman who was sentenced to death for the murder of her 2 children. Like Jones, many believe that Routier was also wrongfully convicted.
TMZ reports that Kardashian met with Jones and his attorney, Dale Baich, in Oklahoma City. Kardashian promised to help with Jones’ case in any way that she could and later met with his family, including his parents and siblings, at the Tabernacle Baptist Church in Oklahoma City. Jones’ mother maintains her son’s innocence and says that he was home with her the night of the shooting. Jones was sentenced in 2002, and in 2019 filed a petition for clemency. It’s now up to the Oklahoma parole board and Governor Kevin Stitt to decide whether Jones’ sentence should be reduced or commuted.
In addition to Davis and Kardashian, John Legend and Common have also shown their support for Jones. Several pro athletes, including NBA players Blake Griffin, Russell Westbrook, Trae Young and Buddy Hield, and NFL quarterback Baker Mayfield, have also sent letters to the governor of Oklahoma’s office in support of Jones. The involvement of high profile celebrities in Jones’ case has helped to garner more than 6.1 million signatures on Jones’ Change.org petition.
Kardashian has been working towards her law degree for the past 2 years and has frequently used her celebrity to help bring attention to cases of first-time and nonviolent offenders. Kardashian has had success with helping to reduce or commute the sentences of several former inmates, and most recently supported singer Monica and her effort to exonerate rapper Corey Miller, who used the stage name C-Murder. Miller has been serving a life sentence since 2009 for the killing of a 16-year-old outside a club in New Orleans. Miller has maintained his innocence, and Kardashian is currently working with Reform Alliance members Jessica Jackson and Erin Haney to help secure his release.