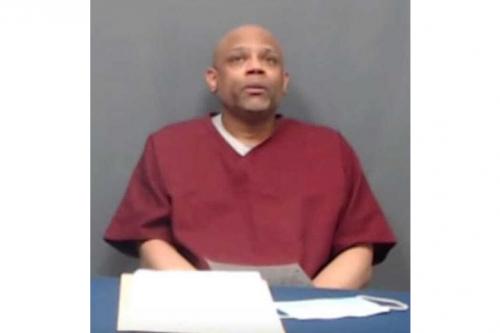 Donald Anthony Grant, 46, Black, was executed. He was declared dead at 10:16 a.m.at the Oklahoma State Penitentiary in McAlester.
It was the state's 3rd execution since capital punishment resumed last fall after a hiatus of more than 5 years. It was the 1st in the nation this year.
Death penalty opponents have pushed to have those who are severely mentally ill added to the list of those ineligible for the death penalty. That list already includes juveniles and individuals with intellectual disability.
"Executing someone as mentally ill and brain damaged as Donald Grant is out of step with evolving standards of decency," his attorneys told the Oklahoma Pardon and Parole Board in their failed bid for clemency.
Attorneys for the state told the parole board his jury either rejected his claim of schizophrenia or decided it did not mitigate his crimes. Witnesses for the state testified at his trial in 2005 that he was really antisocial and faking symptoms of mental illness.
Grant was executed for murdering 2 workers at a LaQuinta Inn in Del City during a robbery on July 18, 2001.
He confessed to committing the robbery to bail his girlfriend out of jail. He admitted he killed manager Brenda McElyea, 29, and front desk clerk Suzette Smith, 43, so they couldn't identify him.
Grant said he got $1,500 out of the robbery and used $200 to bond his girlfriend out of jail. She later testified against him, saying he acted proud over what he had done.
"He didn't have any remorse," she said.
A psychologist who examined Grant in 2001 reported he "lapses into paranoid ramblings regarding the President, CIA, FBI, Congress, and, most significantly when I saw him, the United Nations being of the devil and going against the 'Five percenters' who are the 'true believers.'"
A psychologist who examined him in 2002 reported he believed he would return to Oklahoma 16 years after his execution to initiate Armageddon.
The U.S. Supreme Court on Wednesday denied his request for an emergency stay. His attorneys had complained Oklahoma's lethal injection procedure would expose him to severe pain in violation of the constitutional prohibition against cruel and unusual punishment.
Grant becomes the 1st condemned inmate to be put to death this year in Oklahoma and the 115th overall since the state resumed capital punishment in 1990. Grant becomes the 1st condemned inmate to be put to death this year in the USA and the 1,541st overall since the nation resumed executions on January 17, 1977.