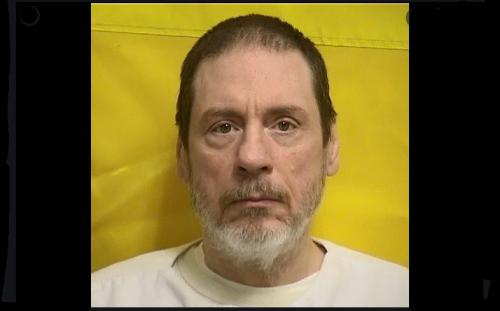 David Braden Becomes First Person Taken Off Death Row Under New Mental Illness Law
On June 23 Franklin County Court of Common Pleas Judge Colleen O’Donnell formally vacated the two death sentences imposed on Braden in June 1999 for the murders of his girlfriend and her father and sentenced him to life without parole on both counts. Her ruling was the first time any court had applied Ohio’s new law — enacted in January 2021 — to remove a prisoner from death row.
Although bills have been introduced in the legislatures of a dozen states in the past decade to prohibit the use of the death penalty against those with severe mental illness, Ohio is the first to have enacted such a prohibition. Ohio bans the death penalty for people who, at the time of their offense, had a serious mental illness that “significantly impaired the person’s capacity to exercise rational judgment in relation to his or her conduct” with respect to either “conforming the person’s conduct to the requirements of law” or in “appreciating the nature, consequences, or wrongfulness of his or her conduct.”
Braden’s lawyers filed a petition invoking the new law on June 16. The petition included statements from Dr. Kathleen Burch, who diagnosed Braden with “paranoid schizophrenia with delusions,” as well as from friends and family members who recounted Braden’s escalating symptoms in the months prior to the murders. Braden’s brother and sister-in-law reported that Braden had “made statements about being a prophet of God since the early to mid-1990s.” Friends described him as increasingly paranoid in the months before the murders, as he decompensated under the stress of the breakup of his relationship. One said he “did not seem in touch with reality prior to the crime.” Burch also testified at trial in 1999 that, at the time of the murders, Braden’s paranoid schizophrenia significantly impaired his capacity to exercise rational judgment and conform his conduct to the requirements of the law. The petition also noted that, since incarceration, Braden has been continuously treated with anti-psychotic medication to control his symptoms.
Prosecutors did not oppose Braden’s petition for a sentence reduction. “We saw enough during the exchange of information to conclude that a reasonable fact-finder in our court would determine that this individual qualified under the statute,” said Janet Grubb, Franklin County first assistant prosecuting attorney.
Terry Russell, the executive director of the National Alliance on Mental Illness (NAMI) of Ohio, noted the small number of cases that will be eligible for relief under the law. “This is not an opening for everyone to claim they’re mentally ill,” Russell said. “You cannot fake schizophrenia. You cannot fake bipolar illness. The symptoms are such that when someone is seriously mentally ill, it can be recognized.” NAMI supported the passage of the bill to exempt people with serious mental illness from the death penalty.
The statute provides Ohio death-row prisoners one year from the law’s April 12 effective date to petition for resentencing. Defendants charged with capital crimes will be afforded a pretrial mental health evaluation and hearing to determine their eligibility for the death penalty.
Ohio is the only active death-penalty state with such a law. Connecticut law exempted from the death penalty those individuals whose mental capacity or ability to conform their conduct to the requirements of law was significantly impaired at the time of the crime, prior to abolishing the death penalty in 2012 The American Bar Association issued a white paper in 2016 advocating for a mental-illness exemption. The Virginia Senate approved a mental-illness exemption during the Commonwealth’s 2019 and 2020 legislative sessions, but the House did not take up the measure. Virginia did not consider the bill in its 2021 session, but instead repealed the death penalty altogether.