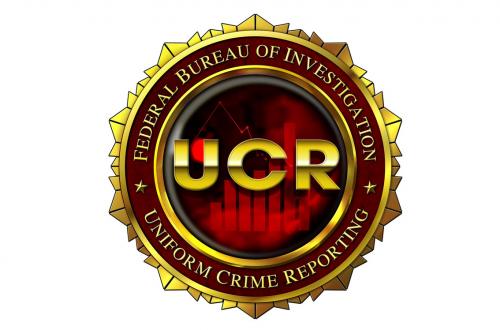 Homicides increased by 29% in 2020, the year of Covid, but also of Black Lives Matter. The US last year endured the highest increase in murders since the FBI started tracking national crime records in 1960, a report said. In 2020, there were about 5,000 more homicides across the country than a year earlier — for a total of roughly 21,500, according to preliminary FBI data reviewed by The New York Times. Breaking the numbers down, the US saw a 30 percent rise in murders last year, well-above the previous record increase of 12.7 percent in 1968, according to the report. The grim data is set to be released by the FBI on Monday as part of the agency’s annual Uniform Crime Report. An overwhelming majority — 77 percent — of murders last year were committed with guns, which represents another record high number. The bloodshed was widespread, and the increase was seen in every US region last year, the report said. Big cities were particularly hard-hit. Those with populations over 100,000 that reported full data saw a 35 percent increase in killings. Despite the astronomical rise in murders compared to 2019, the number of killings is still far below the rates experienced in the US in the early 1990s, the report said.
Additional research suggests murders have continued to rise in many major cities this year, although at a slower rate.
Criminologists have been aware of the spike in homicides since it first emerged last summer, but the FBI data affirmed that the trend spread nationwide, seemingly without clear correlation to local policies or conditions. The frequency of several other types of crime declined at the same time, further complicating the analysis.
The shift was most pronounced in large cities, with communities larger than 100,000 people experiencing increases of more than 35%, but homicides were also up by an average of 25% in cities with fewer than 25,000 residents. According to the FBI, murders rose by at least 20% in every geographical region of the country.
Experts say it is difficult to attribute crime trends to specific causes, but there are several factors that likely contributed to the increase in homicides. Murder rates were already climbing in the early months of 2020, but they surged upward in the late spring and summer as communities began to ease COVID-19 shutdowns and protests against police over the killing of George Floyd intensified across the country.
“We assume much of it is just pandemic-related,” said Christopher Herrmann, an assistant professor of law and police science at CUNY John Jay College of Criminal Justice. “We have a lot of the mental health stressors that lead to violence, specifically gun violence.”
The economic, social, and emotional strain of the pandemic and closures of businesses and schools appear to have had a significant impact, as did temporary disruptions of community services that assist those who are at high risk to commit crimes. Experts have also pointed to a possible scaling back of proactive policing and a delegitimizing of law enforcement in some communities.
“We know the pandemic played a significant role in crime trends both positive and negative last year, but it’s very hard to untangle exactly how that worked,” said Thomas Abt, a senior fellow at the Council on Criminal Justice and author of “Bleeding Out: The Devastating Consequences of Urban Violence and a Bold New Plan for Peace in the Streets.”
According to the Council on Criminal Justice, murder rates did not rise in many other countries during the pandemic, suggesting at least some aspects of the problem are uniquely American. Legal firearm purchases and trafficking of illegal firearms in the U.S. surged, but it is not clear if the presence of more guns directly led to more shootings.
The pandemic forced jails to release inmates to prevent overcrowding and many court proceedings were delayed, but there is little evidence people who were released reoffended in large numbers. The broad increase in homicides across the country also casts doubt on claims that cuts to police department funding or progressive bail reforms in some cities played a major role.
Despite the alarming rise in homicides, overall crime rates continued to fall for the 18th straight year in 2020 as thefts and certain other crimes declined. That also appears to be pandemic-related, with restrictions on businesses and social activity limiting opportunities for some types of crime to occur for much of the year.
“We know that, while there was a spike in violent crime, there wasn’t a spike in crime generally,” Abt said. “Property crime and drug crime declined significantly during the pandemic.”
According to data collected from 87 cities by analyst Jeff Asher, murder rates are up by an average of about 10% so far this year compared to the same period last year. Variations from one community to another are stark, though, and some major cities like New York, Seattle, and Dallas have seen homicides fall in 2021.
Other cities are grappling with tragic waves of violence, with dozens of people shot every weekend in Chicago and places like Milwaukee and Austin facing their highest homicide rates on record. Oakland, California topped 100 homicides for the year Monday for the first time in nearly a decade, up from 66 murders at this point last year.
The fact that the trend appears to be decelerating overall indicates the nation is moving beyond some of the influences that drove the increase last year. However, experts say the numbers for 2021 so far are still troubling, and communities should look to implement new strategies to reduce violence.