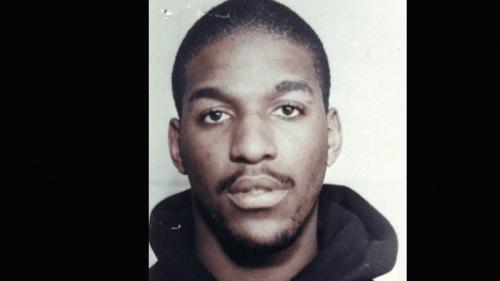 Death row inmate's 'excruciatingly painful death' felt like drowning for 20 minutes----Corey Johnson, 52, died an "excruciatingly painful death".
A death row serial killer who was intellectually disabled died an "excruciatingly painful" death as he was executed at the Federal Correctional Complex in Terre Haute, Indiana. Corey Johnson, 52, died on Thursday, January 14, despite his lawyers warning his Covid diagnosis would make death by lethal injection "excruciatingly painful." Multiple sources claimed Johnson was pumped with pentobarbital solution into his arms before his eyelids suddenly closed. The man then struggled to speak unsuccessfully for several minutes and his mouth fell agape until he died 20 minutes later. Pentobarbital solution can paralyse people, masking the pain they’re enduring during their final moments. Johnson’s lawyers say he would have suffered an unconstitutionally painful death likened to drowning. It had also been argued Johnson was mentally-disabled during several unsuccessful attempts to get his sentence commuted. He was pronounced dead at 11:34am, 20 minutes after he had received the injection in his arms. According to a crime website dedicated to abolishing the death penalty, when asked if he had any last words Johnson replied “no, I’m OK," before turning his head to a room reserved for family members to say: "Love you." Corey Johnson received the death penalty for the 1992 murders of seven people in Richmond, Virginia. He killed Peyton Johnson, Louis Johnson, Bobby Long, Dorothy Armstrong, Anthony Carter, Linwood Chiles, and Curtis Thorne. In a statement released by his lawyers, Johnson said he was “sorry” for his crimes and wanted the victims to be remembered.