USA - Alabama. Willie B. Smith won a reprieve from a scheduled lethal injection 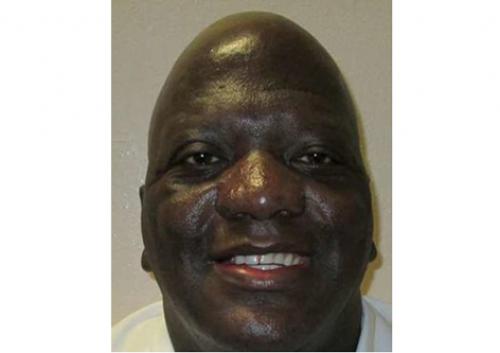 Willie B. Smith won a reprieve from a scheduled lethal injection after the U.S. Supreme Court said the state could not proceed without his pastor in the death chamber. Smith, 51, Black, was scheduled to receive a lethal injection today for the 1991 murder of 22-year-old Sharma Ruth Johnson in Birmingham.
The lethal injection was called off after the U.S. Supreme Court maintained a February 10 injunction issued by the 11th U.S. Circuit Court of Appeals saying he could be executed without his pastor present in chamber. The state prison system said the execution would not proceed given the ruling. Alabama has maintained that non-prison staff should not be in the room for security reasons.
"Alabama has not carried its burden of showing that the exclusion of all clergy members from the execution chamber is necessary to ensure prison security. So the State cannot now execute Smith without his pastor present, to ease what Smith calls the 'transition between the worlds of the living and the dead,'" Justice Elena Kagan wrote in the order maintaining injunction.
Smith was sentenced to death in 1992 following a non-unanimous sentencing vote by his jury. He had asked Alabama to allow his spiritual advisor, Pastor Robert Paul Wiley Jr., to provide him religious comfort in the execution chamber and, when the state refused, his lawyers filed a civil rights suit in federal court challenging the state’s action. That suit, filed on December 14, 2020, alleged that Alabama’s refusal violated the federal Religious Land Use and Institutionalized Person Act of 2000 (RLUIPA), the Religious Freedom Amendment to the Alabama constitution, and the Establishment and Free Exercise clauses of the First Amendment to the U.S. Constitution. The district court dismissed his suit and he appealed to the Eleventh Circuit.
In a 2-1 decision, the appeals court ruled that Smith had shown that he was likely to succeed on his RLUIPA claim. "Mr. Smith pled that he believes that the point of transition between life and death is important, and that having his spiritual advisor physically present at that moment is integral to his faith," Smith's lawyers wrote in court documents.
In the past, Alabama routinely brought in a Christian prison chaplain who would pray with an inmate if requested. The state stopped that practice after Muslim inmates asked to have an imam present, saying it would no longer allow non-prison staff in the chamber. On February 4, 2021, Imam Yusef Maisonet filed a civil rights lawsuit in federal district court alleging that ADOC had discriminated against Muslim death-row prisoners Domineque Ray and Nathaniel Woods by refusing to permit Maisonet to attend to them in the execution chamber during their executions.
When Ray was executed on February 7, 2019, Alabama’s execution protocol mandated the presence of the prison’s Christian chaplain in the execution chamber to the exclusion of all other faiths. Following a controversial U.S. Supreme Court decision permitting his execution to go forward, Alabama revised its execution protocol to prohibit any religious advisor in the execution chamber. On March 5, 2020, Alabama applied this new policy to deny Maisonet permission to minister to Woods during his execution.