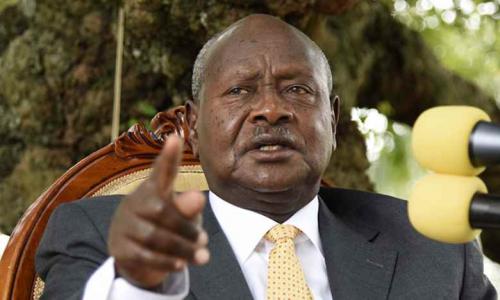 The Ugandan Parliament on 3 May 2021 passed the Sexual Offences Bill 2019, further outlawing “unnatural” same-sex relations and doubling down on laws criminalising the LGBT community.
The bill violates international human rights law by criminalizing consensual sexual acts between adults and yet falls short in its definition of consent, According to Human Rights Watch.
While offering provisions designed to prevent and punish sexual violence, it also further criminalizes lesbian, gay, bisexual, and transgender (LGBT) people and sex workers.
“Ugandan lawmakers should focus on ending endemic sexual violence rather than seeing this as an opportunity to imbed abusive provisions that criminalize the sex lives of consenting adults,” said Mausi Segun, Africa director at Human Rights Watch. “Sexual offenses legislation should advance the rights of survivors and potential victims of violence, not enshrine rights violations into law.”
The bill includes some positive provisions toward addressing sexual violence, including protecting sexual assault survivors’ rights during criminal proceedings and criminalizing sexual harassment by people in positions of authority, Human Rights Watch said.
But it also punishes any “sexual act between persons of the same gender,” as well as anal sex between people of any gender, with up to 10 years in prison, in flagrant violation of the rights to privacy and nondiscrimination. It even provides that if Ugandans perform these sexual acts outside Uganda, they can be prosecuted in Uganda.
The bill also provides that anyone who commits these offenses would be entered on a sex offenders register, in effect opening up the possibility of having a "register" of LGBT people or sex workers in Uganda that would not only be discriminatory but ripe for serious abuse.
The bill punishes family members who fail to report any offenses under the bill with up to three years in prison, effectively requiring Ugandans to turn in their LGBT relatives.
The bill criminalizes "false sexual allegations," a provision that activists fear could be used against survivors in a legal system that has often disregarded their claims.
It also includes provisions that discriminate based on HIV status and that could punish those who report crimes and allows for the death penalty for certain offenses.
The Sexual Offenses Bill prescribes the death sentence for “aggravated rape,” including when rape is committed by a person who is HIV positive.
“The Sexual Offenses Bill does not do enough for survivors, conflates consensual sexual acts with violence, and offers tools to persecute LGBT people and sex workers in Uganda,” Segun said.
“President Museveni should reject the bill and instruct parliament to present a revised bill that takes a proper rights-respecting approach to addressing sexual violence, so that survivors and the general public can reap the benefits.”