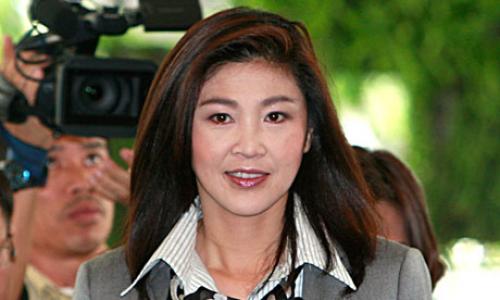 Thai Prime Minister Yingluck Shinawatra has been invited to preside over a ceremony to remove the shackles from convicts on death row at the Bang Kwang Prison in Nonthaburi province on Wednesday (May 15), according to Pol Col Suchart Wong-anantachai, director-general of the Corrections Department.
Pol Col Suchart said the ceremony will begin at 4pm to mark a pilot project to remove the shackles from about 500 inmates out of the 800 convicts on death row.
After the ceremony, the prisoners will not be shackled while being in prison. However, they will continued to fettered while being taken to court because the Corrections Department cannot yet acquire a suitable device to control them according an international standards.
Some of the convicts to be unshackled at the ceremony are well-known to the public such as Maj Chalermchai Majchaklam, convicted over the murder of Yasothon governor, Wisit Puengrassamee, a former Forestry Department official, ex-senator Sukhum Cherdchuen, and Pol Lt-Gen Chalor Kerdthes, who was convicted of the murders of members of the Srithanakhan family in connection with the Saudi jewellery theft.
Ukrit Mongkolnavil, chairman of the independent committee on the promotion of the rule of law, and Kanit Na Nakorn, chairman of the independent committee for truth and reconciliation, had earlier proposed that the Corrections Department review the rule requiring inmates to be put in shackles while in detention.
They proposed that shackles be removed from inmates on death row pending their appeals or for convicts nearing their execution.