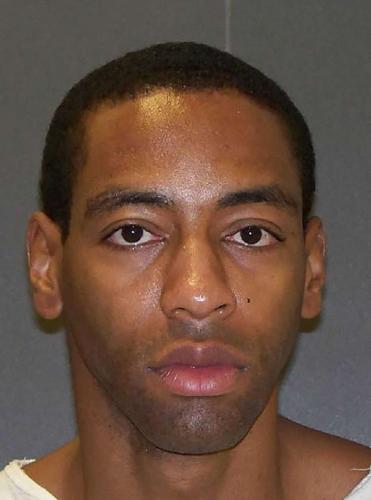 Travis Trevino Runnels, 46, Black, was executed on December 11, 2019 in Texas. Runnels was sent to death row in 2005 for slitting the throat of prison supervisor Stanley Wiley, 38, during a January 2005 outburst at the Clements Unit boot factory.
At the time, Runnels was roughly a decade into a 70-year sentence for aggravated robbery. Prison officials recorded his time of death at 7:26 p.m., less than an hour after the U.S. Supreme Court turned down his final appeal. Runnels died without a last word. Though Runnels’ attorneys had raised claims about a now-notorious state witness they say gave “false testimony,” the courts ultimately decided it didn’t matter and just before 7 p.m. ruled that his execution could go forward. From the outset, Runnels admitted his guilt, so the entire trial came down to one question: Did he deserve death, or could he be sentenced to life in prison? To answer that, a jury had to unanimously agree that Runnels would pose a future danger, even behind bars. That’s where a controversial expert named A.P. Merillat came in. Then an investigator with the state’s Special Prosecution Unit tasked with handling prison crimes, Merillat took the stand at Runnels’ trial and told the jury about the danger and violence inside the Texas prison system. Were someone like Runnels sentenced to life, Merillat told the court, he’d be put in general population and have the opportunity to wreak havoc. But that wasn’t true, according to Runnels’ attorneys - and it could have made a difference in the outcome. “When the average person thinks about what justice is supposed to be about in this country it’s supposed to be about finding the truth,” said defense attorney Mark Pickett. “Travis, just like anybody in this country, deserves a trial where people aren’t lying. No matter what you did, what the jury should be hearing is the truth.”
In a phone interview Tuesday, Merillat (who’s now at the Montgomery County District Attorney’s Office) reiterated that the prison system at the time was a violent place, and stressed that he never knowingly gave inaccurate information. But, he added, if he did err he hoped that God and the courts would make it right. In their response to the appeal, the state did not dispute that Merillat’s statements were inaccurate, but argued that the claims of false testimony should have been raised years earlier - and that more accurate information may not have made a difference in the outcome at trial anyway.
Runnels was the 9th man executed in Texas this year, and the 567th since Texas resumed executions il 1982. With the execution of Travis Runnels in Texas on December 11, the USA has now executed 1,512 individuals since the death penalty was re-legalized on July 2, 1976 in the US Supreme Court Gregg v Georgia decision. Gary Gilmore was the 1st person executed, in Utah, on January 17, 1977. Runnels was the 22nd person executed in the U.S.
This year recorded the second fewest executions in the U.S. since 1991. There were three fewer than last year.