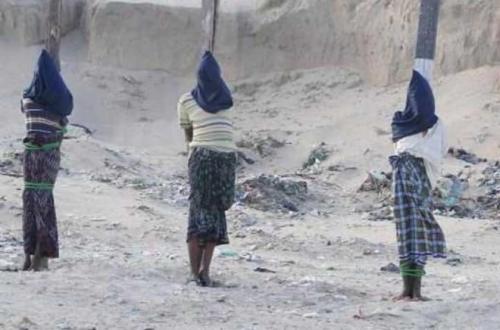 Six men who had been convicted for murder and terrorism in Somaliland were executed in Hargeisa on 15 January 2020.
Human rights activists confirmed the execution of the six convicts in Mandheera prison located in the capital Hargeisa.
Somaliland Human Rights Centre official, Guleid Ahmed Jama said the six were executed on 15 January morning.
“Somaliland executed this morning six men. The executions were carried out by fire squad at Mandheera prison. Two were allegedly related to al Shabaab,” said Jama.
According to the human rights activist, the execution was the first for a case related to Al-Shabaab in Somaliland since 2016.
Somaliland, officially the Republic of Somaliland, is a self-declared state, internationally considered to be an autonomous region of Somalia.