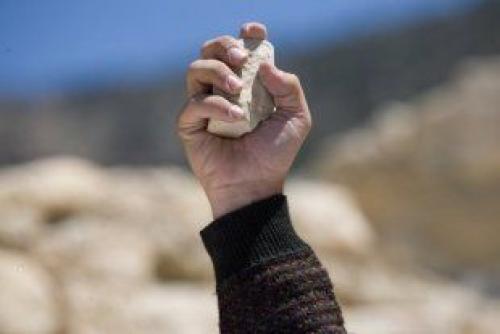 The Somalia-based extremist group al-Shabab says it has stoned to death a woman accused of marrying 11 men.
The al-Qaida-linked group's radio arm, Andalus, reports that the stoning was carried out on May 9 after an ad hoc al-Shabab court convicted the woman in Sablale town in Lower Shabelle region.
The report says masked men stoned to death 30-year-old Shukri Abdullahi Warsame in a public square.
The self-proclaimed judge said the woman had confessed to having secretly married 11 men in a row without seeking a divorce.