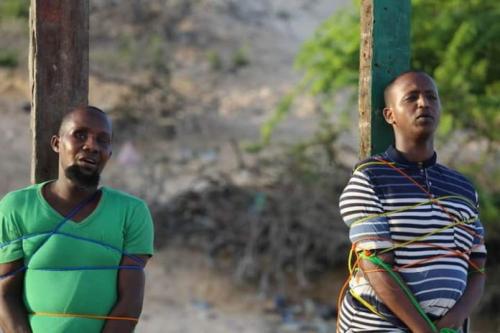 Somali officials on 26 October 2022 executed two ISIS militants convicted for carrying out assassinations on behalf of the al-Shabab terrorist group, marking the second execution of Islamist militants in a week.
The two men went before a firing squad at Mogadishu’s General Kahiye Police Academy after a military appellate court upheld a lower court ruling to execute the convicted militants.
According to court papers, Aden Mohamed Ali Mohamud first joined Al-Shabab in 2010 but later defected to ISIS in 2015, while Mohamed Ali Mohamed Farah joined ISIS after watching the group's propaganda via encrypted messages on the social media app Telegram.
Military prosecutor General Abdullahi Kamey told the court that the two were involved in a spate of killings of civilians and government officials in central Somalia and the capital Mogadishu.