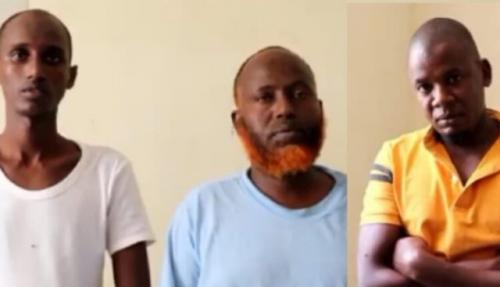 A military court in the Puntland state of Somalia on 27 October 2020 sentenced two men with a death sentence and jailed one other to 20 years after being convicted of being a member Islamic State group (IS) and al-Shabaab group respectively.
The three men were arrested by Puntland forces in connection with a series of killings and terrorist acts, and their trial took place in Bosaso, Bari region.
Aden Mohamed Hassan and Abshir Mohamed Abdirahman Tooshle, who were charged with various murders, were sentenced to death by firing squad, as announced by the chairman of the military court, Ibrahim Bile Mohamed.
The trial also saw the judge sentenced the third man, Mohamed Shiniyow Ali, to 20 years behind bars.
The Puntland military court said the three convicted men can appeal within 30 days.
Fighters from the two armed groups are fighting security forces in Puntland, a semiautonomous state in northeastern Somalia.