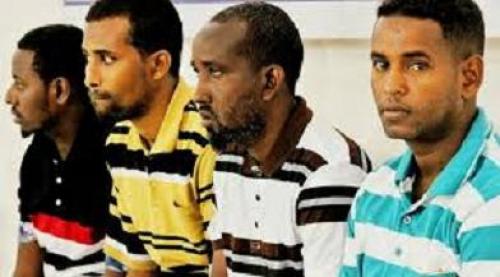 A military court in the Somalia capital Mogadishu has sentenced a man to death for his role in the suicide bomb attacks in October 2017. The attacks killed over 500 people according to official records. It has been tagged the deadliest attack in a country that is beset by onslaughts from Al-Shabaab insurgents. The chief of the military court, Gen. Hassan Ali Shute, says Hassan Aden Isak, 23, was found guilty of coordinating the bombing. A second person was handed life sentence for his role in the incident. The court sentenced Ibrahim Hassan Absuge in absentia. He is believed to have brought the truck that subsequently detonated and of being a member of the al-Shabab extremist group. Abdiweli Ahmed Diriye was convicted of allowing the truck to pass uninspected through security checkpoints and received three years in prison.The court also ordered the release of Mukhtar Mohamud Hassan and Abdul Abdi Warsame, who were acquitted of their charges.
The attack drew global condemnation and upped the tempo on the need to defeat terrorism in the Horn of Africa region. President Farmajo visited neighbouring Ethiopia, Uganda and Djibouti to solicit support in the fight against terrorism.