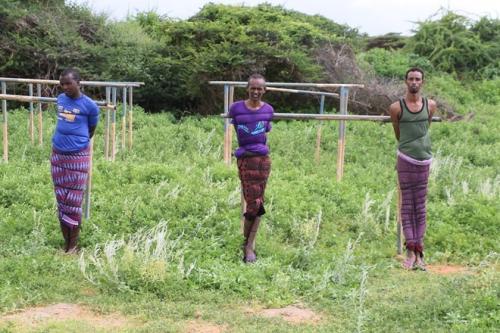 The executed soldiers are Abdullahi Asad Ismail, who killed his wife, Muhubo Mohamed Gure  in Kismayo, Abdirashid Hassan Ahmed and Adan Abdi Mumin who were found guilty of killing civilians.

The soldiers were executed in an open area under firing squad as dozens of civilians watched the event.

While making statement before the execution, Sheikh Mohamud Isak, the judge of court of appeal stated that the court of appeal has supported the judgment of the first degree court that has sentenced the soldiers to death penalty.

Isak underlined that the lawyers and the relatives of the executed soldiers have not take appeal from the judgment citing that the verdict was fair.

The military court in Jubbaland has sentenced these soldiers to death penalty before months after they were accused of killing civilians in Kismayo.