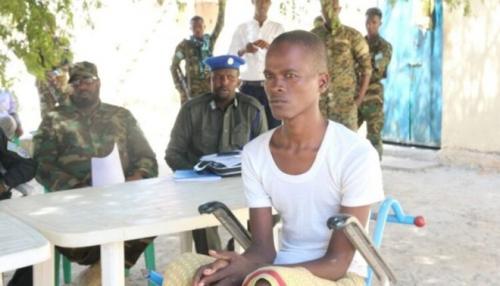 A military court in Kismayo, Somalia, on 13 October 2020 sentenced to death one of the attackers in the July 2019 bombing at a hotel in the coastal city that left 26 people dead and injured 50 others.
The court found Deeqow Aliyow Kusow guilty of taking part in the 26 July attack handing him the death penalty.
Court judge Bashir Mohamud said the prosecution’s case linked Kusow to the attack which happened at As-Asay Hotel in Kismayo on the evening of 12 July 2019.
Among those killed in the deadly attack was Somali-Canadian TV journalist Hodan Naleye and her husband.
The two were in the hotel at the time of the attack. During the attack, the militants hit the entrance of the hotel with an explosives-laden vehicle then several gunmen stormed in shooting people indiscriminately.
The militant group Al-Shabaab claimed responsibility for the attack.
Kismayo is a port city in the southern Lower Juba province of Somalia. It is the commercial capital of the autonomous Jubaland region.