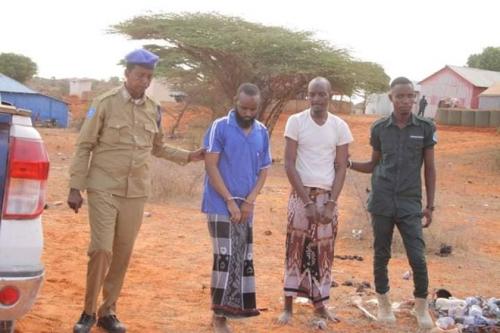 Somali military court executed two former government soldiers in Kismayo on November 19, 2022 after they were convicted of killing a civilian and another soldier, the regional state media reported.
Deputy Chairman of the Jubbaland Military Court, Bashir Mohamud Hareed, stated that Wayrah Khalif Yusuf, 25, was found guilty of murdering Halimo Ali Robow in November 2020, while Yusuf Hussein Abdi killed former government soldier Abdullahi Ali Suli in November 2021.
The two men were sentenced to death on June 29, 2022, according to a military tribunal.
Kismayo is the administrative capital of Jubbaland regional state.