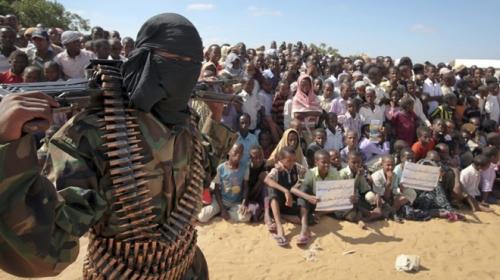 Somali-based militant group al-Shabab on 30 July 2022 executed seven men, including a soldier, in Somalia’s southwestern region of Bay.
The seven men were executed by firing squad in Buula Fulay in the Bay region in front of the public, as shown on a picture of the execution posted by Al-Shabab on their website.
Six of the executed men were accused of spying for the Somali government and the U.S.
Three of them were also accused of providing intelligence that led to the killing of senior al-Shabab leaders, Yusuf Jiis and Abdulkadir, who were targeted in U.S. airstrikes in 2020.
An al-Shabab judge told local spectators that the six men have confessed, without providing evidence. Al-Shabab courts don’t allow lawyers who can defend the accused.