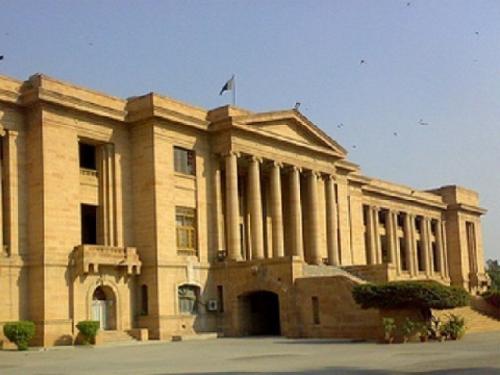 The Sindh High Court (SHC) on 5 April 2021 commuted the death sentences that had been handed down against three men to life imprisonment, in two separate cases.
The first case concerns a man who was found guilty of murdering the student of a madrassa.
A two-judge bench of the high court heard an appeal filed by Fazl Mehmood who challenged a trial court’s verdict that found him guilty of murdering a man named Raziullah.
The court observed that the convict cannot be pardoned at any cost.
A trial court had handed death sentence to Fazl for murdering Raziullah during a brawl in 2015. The Bahadurabad police had registered a case against him.
Earlier, the Sindh High Court had commuted two murder convicts’ death sentences to life imprisonment. A two-judge bench of the SHC gave this verdict on appeals filed by convicts Nabeel and Bilal who sought to set aside their conviction by a special court in a 2014 murder case.
The bench rejected their appeals, commuting the death sentence handed to them to life imprisonment. A special court had awarded death sentence to both the convicts on the charge of murdering a person named Shakeel in Kalakot area of Lyari in 2014.