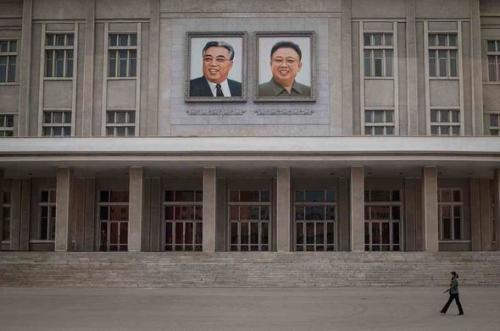 Two border guard officers and two rank-and-file soldiers implicated in the recent smuggling case that prompted a lockdown on the city of Hyesan on 22 November 2020 were executed by firing squad, a Daily NK source in Yanggang Province has reported.
In a telephone conversation with Daily NK on 27 November, the source said the “commander, political officer and two soldiers” of the Border Security Command’s 25th Brigade, 251st Regiment, Fourth Battalion, Third Company were shot on 22 November. The execution was “carried out at Ryonbong Airfield under the direction of Ministry of State Security officials who came from Pyongyang,” said the source, speaking on condition of anonymity.
The timing of the execution is noteworthy. The men were shot just a day after the lockdown on Hyesan was lifted on 21 November, indicating just how seriously authorities are taking the matter.
North Korean authorities reportedly discussed the Hyesan Incident after Ri Pyong Chol, vice chairman of the Central Military Commission, arrived in Hyesan last week.
The authorities disbanded the company implicated in the Hyesan smuggling case on 23 November and transferred the regiment it was a part of to Yonggwang County, South Hamgyong Province. There are also rumors that the authorities will be cycling out a large number of troops from the area to other places in the country.
All of these plans to transfer troops out of the border area are taking place in secret, the source said. The latest executions were not open to the public. To “show what happens to those who refuse orders,” a single officer and enlisted soldier from each company of the 25th Brigade based in Hyesan was chosen to witness the executions, according to the source.
The Ministry of State Security officials who directed the executions claimed that the four condemned soldiers had “forsaken the great confidence and trust of the Party” and “caused the Party great concern by, acting out of their own self-interests, violated the border blockade and made contact with Chinese people while illegally trying to [smuggle] gold, which is forbidden,” the source reported.
The officials further stated that the four soldiers were “traitors who would not be forgiven even in death” and that “such treason must never happen again,” the source said.
It appears the executed company commander and political officer were blamed for stopping Storm Corps personnel who attempted to fire upon a border guard security officer and enlisted soldier who, after being caught red-handed in the smuggling operation, tried to flee the scene.
Some North Koreans are complaining that the government went too far in punishing common rank-and-file soldiers along with the officers. They said that the authorities should have taken into consideration that the enlisted personnel “had no choice” but to take part in the smuggling operation on orders from their superiors, the source reported.
For example, soldiers with the 25th Brigade, who were at the center of the so-called “Hyesan Incident,” were ordered to perform smuggling operations by cadres in the Ministry of State Security and Organization and Guidance Department, despite the closure of the Sino-North Korean border, the source said.
Since command-level officers wield great authority over personnel management, who gets to become a Workers’ Party member, and who gets university recommendations, rank-and-file soldiers typically have little choice but to obey them.
“When you consider the basics of what defines the Hyesan Incident, you could say the greatest responsibility [for what happened] lies with the government because it is unable to guarantee the livelihoods of the soldiers and local people,” said the source. “The government, however, is avoiding all responsibility by executing the soldiers.”