An Ekiti State High Court, Ado Ekiti Division, on 1st August 2022, sentenced two kidnappers, 41 years old Kola Makinde, and 30 years old Haruna Bika, to death by hanging for armed robbery.
The court also sentenced the two men, who were arraigned on six counts bordering on conspiracy, armed robbery, rape and kidnapping, to life imprisonment for kidnapping.
According to the charge, the two men, armed with cutlass and gun, on 6 October, 2021, at Idi Mango Camp, Ilasa Ekiti, robbed Taiwo Oni and Mohammed Ayomide of their phones and as well Adejuwon Gbenga of N31,000.”
They were also said to have “on the same date and place, kidnapped one Adejuwon Daramola and also raped a 19 years old mother of five month-old-baby.”
Justice Olalekan Olatawura pronounced, “For Count one (conspiracy), the defendants are sentenced to seven years, counts two and three (armed robbery), the defendants are sentenced to death and be hanged by the neck until they will be dead, may God have mercy on your souls, count six (kidnapping), the defendants are sentenced to life imprisonment.
“The sentences are to run concurrently,” the judge ordered. 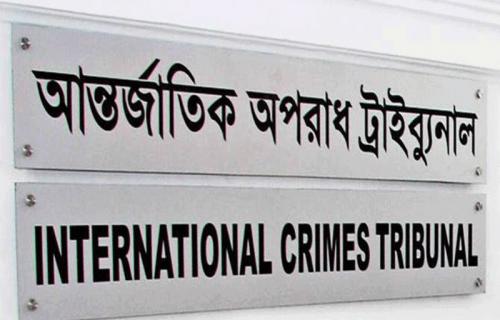 Bangladesh's International Crimes Tribunal on 28 July 2022 sentenced six members of the paramilitary force 'Razakar Bahini' to death for collaborating with the Pakistani Army for "crimes against humanity" during the 1971 Liberation War.