NIGERIA: FARMER SENTENCED TO DEATH BY HANGING IN DELTA 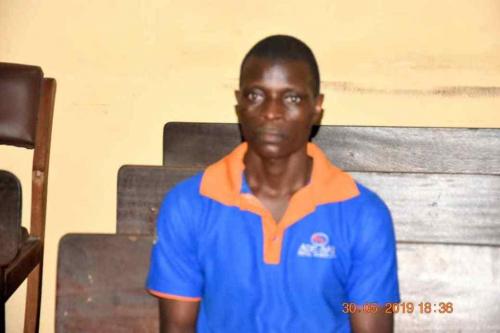 A High Court sitting at Ughelli on 30 May 2019 sentenced a 40-year old farmer, Alex Obigho to death by hanging  for the murder of the personal steward/cook to the traditional ruler of Kiagbodo community.
The Court presided over by Honourable Justice A.O. Akpovi while delivering the judgement found the accused guilty of the one count charge of murder proffered against him by the state and accordingly sentenced him to death by hanging.
The victim, Okunu Diafa, a native of Kiagbodo community was murdered on the 22 June 2012 at the boundary between Oviri-Olomu of Ughelli South local government and Kiagbodo.
In his defense, the accused alleged that the deceased was a thief responsible for stealing his farm produce, adding that on that fateful day, he caught the deceased in his farm and on sighting him, the deceased took to his heels.
He pursued him and a fight ensued and in the process he inflicted severe machete wounds on the Okunu Diafa (the deceased) which led to his instant death.