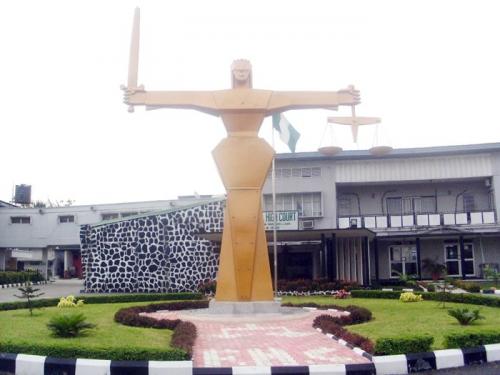 An High Court sitting in Igbosere, Lagos State on 18 March 2019 sentenced one Akeem Lawal to death by hanging over robbery attack.
The verdict was given by Justice Oluwatoyin Ipaye who convicted the accused for attacking his 90-year-old mother, Taibat, with a machete.
Delivering the judgment, Justice Ipaye also found the defendant guilty of attacking his step sister, Sherifat Olanipekun with a machete and gun.
It was gathered that Lawal was arraigned on May 3, 2016, on two counts amended charge of conspiracy to robbery and armed robbery, preferred against him by the Lagos State Government.