NIGERIA: 5 TO HANG OVER OSUN ROBBERY 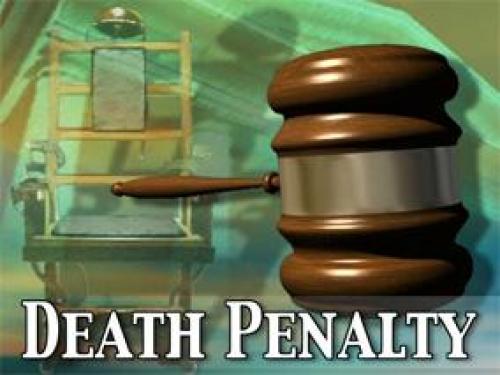 Five men - Ifedayo Adebiyi, Semiu Taofeek, Afolabi Ogunwale, Oyeleke Mukaila and Ogunbayo Joshua – on 14 January 2019 were convicted by the Osun State High Court sitting in Iwo and sentenced to death by hanging.
The convicts were earlier arraigned before the court in Iwo on 23 September a three-count charge of conspiracy, armed robbery and unlawful possession of firearms.
The prosecuting counsel, Tijani Adekilekum, told the court that the convicts robbed at Emmanuel House, Olupona, Iwo, on 27 November 2015.
He said they robbed one Mr. Fabiyi David of his valuable belongings and snatched his Lexus jeep which was later intercepted by policemen at Guru Mahraji area along the Lagos-Ibadan expressway.
Justice David Oladimeji found the five men guilty of two counts of armed robbery and unlawful possession of firearms.