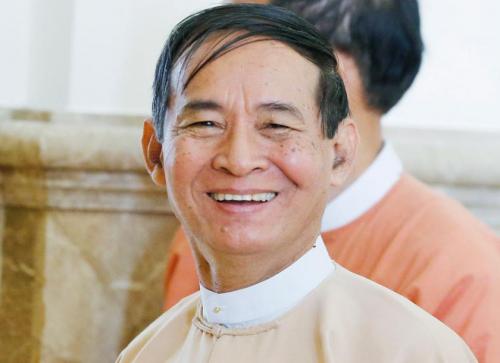 Myanmar began releasing tens of thousands of inmates on 17 April 2020 after President Win Myint announced an amnesty on the first day of the traditional New Year.
The Office of the President said in a statement that the unconditional amnesty of 24,896 prisoners was extended on humanitarian grounds as a gesture to welcome the New Year.
It added that all inmates will see their prison terms cut while the penalty for death row inmates has been converted to life imprisonment.
Life imprisonment will be reduced to 40-year jail terms, jail terms above 40 years will be reduced to 40 years and 40-year jail terms and shorter sentences will be cut by a quarter.
New York-based Human Rights Watch called on the Myanmar government in early April to reduce the population in its prisons to limit the spread of COVID-19 by releasing political prisoners, pre-trial detainees and inmates with high health risks.
“Prisoners in Myanmar’s horribly overcrowded and unsanitary prisons and labor camps face health hazards in the best of times, and the prison authorities are ill-equipped to treat those who become sick with COVID-19,” said Asia director Brad Adams.
“The authorities need to act immediately to avoid an entirely foreseeable health disaster,” he said in a statement released on 3 April.
According to HRW, Myanmar’s prison system, made up of 46 prisons and 50 labor camps nationwide, holds an estimated 92,000 prisoners but has an official capacity of only 66,000.
According to the Prisons Department, 87 foreign inmates were among those released on 17 April and will be deported to their respective countries.
Myanmar reported a total of 85 confirmed coronavirus cases as of 17 April.