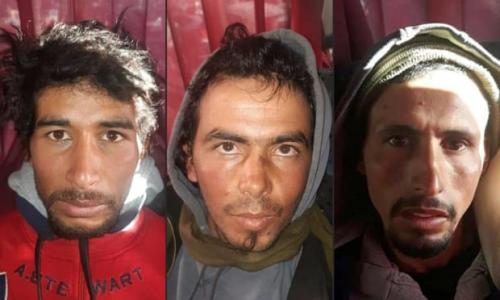 Three men have been sentenced to death in Morocco for the Isis-inspired murder of two Scandinavian hikers in the Atlas mountains last December.
The two victims, Louisa Vesterager Jespersen, 24, from Denmark, and Maren Ueland, 28, from Norway, were beheaded by a group of men who wanted to impress Islamic State. The three men confessed to their murder at a court in Salé, near Rabat.
Morocco has not carried out an execution since 1993, but prosecutors called for the death penalty during the 11-week trial.
Prosecutors said Abdessamad Ejjoud, 25, a street vendor and underground imam, was the ringleader and admitted to killing one of the women, and Younes Ouaziyad, 27, a carpenter, confessed to the other murder. The third man, Rachid Afatti, 33, videoed the murders on his phone.