MOROCCO: AN EGYPTIAN MAN AND HIS ACCOMPLICE SENTENCED TO DEATH FOR MURDERING A MOROCCAN 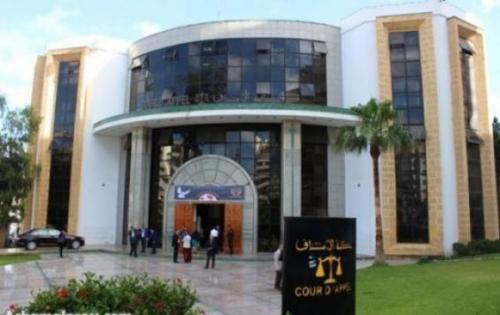 The Tangier Court of Appeal

An Egyptian citizen and his accomplice on 26 November 2019 were sentenced to death by the Tangier Court of Appeal for murdering a Moroccan man, mutilating and cremating his remains, Arabic-language newspaper Al Ahdath reports.
The victim went missing in November 2018 in mysterious circumstances. The Tangier prosecutor’s office received a complaint in December, which initiated an investigation. The latter revealed later that the man was killed and that his body was cut then cremated to conceal the crime.
According to Le360, the Egyptian citizen followed the victim around in Tangier before murdering him in car with the help of an accomplice.
The two accused attempted to spray the victim’s remains with acid before burning them in a sewage channel in an operation that took six hours.