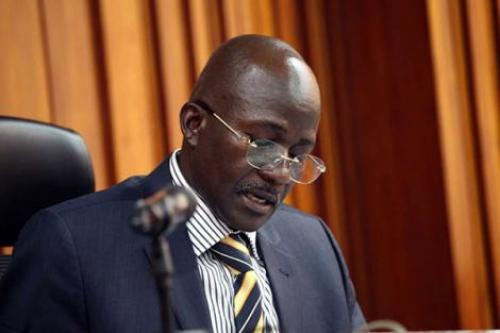 Twenty three death row inmates at Shimo La Tewa Maximum Security Prison in Kilifi County on 31 March 2020 evaded the hangman's noose.
Justice Erick Ogola of the High Court gave a reprieve to the inmates who were set to enter the gallows, The Standard reported.
Justice Ogola referenced a 2017 Supreme Court ruling which declared Section 204 of the Penal Code, which stipulates mandatory death sentence unconstitutional.
"The death sentence jettisons the discretion of the trial forcing it to hand down a sentence already pre-determined by the legislature," reads an excerpt of the Supreme Court ruling.
Justice Ogola's latest ruling saw death sentences meted out to the 23 inmates converted to jail terms.
This led to the realization that some of these prisoners would now be set free, having already served equivalent death sentences.
In one instance, an inmate - Paul Mwaniki, who was set for a date with the hangman had his sentence substituted with 20 years in jail.
However, he had already served two decades at the prison and is now set to walk free.
"I have jailed you for 20 years but since you have already served those years, you are hereby set free," Justice Ogola ruled.
The death row inmates had petitioned the High Court to have their sentences reviewed following the historic 2017 Supreme Court ruling.