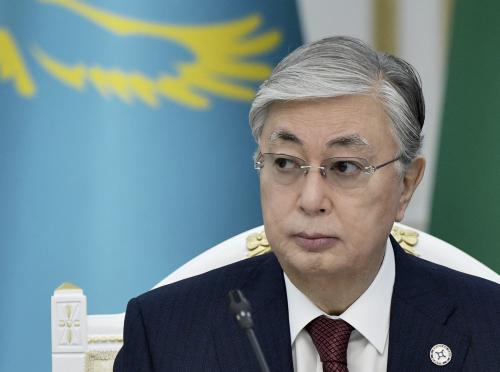 Kazakhstan has joined the international document to abolish the death penalty, Trend News Agency reported on 24 September 2020 with reference to Kazakhstan’s Ministry of Foreign Affairs.
Kazakhstan's Permanent Representative to the UN Kairat Umarov signed the Second Optional Protocol to the International Covenant on Civil and Political Rights, which oversees the abolishment of the death penalty.
Kazakhstan’s decision to join the international protocol was announced by Kazakh President Kassym Jomart Tokayev during his speech at the General Debate of the 75th session of the UNGA. Tokayev noted that the decision to join the protocol was with the goal to fulfill a fundamental right to life and human dignity.
The use of the death penalty in Kazakhstan was completely suspended by the Decree of the President of Kazakhstan on the introduction of a corresponding moratorium in 2003.