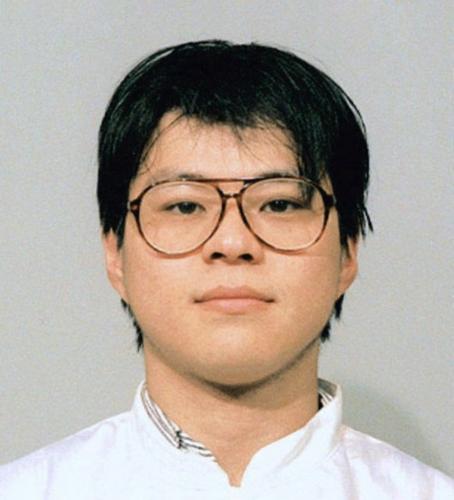 A former senior Aum Shinrikyo member wrote a letter in English urging would-be terrorists not to carry out their planned attacks before he was executed in 2018 for his involvement in the cult's 1995 sarin nerve gas attack on the Tokyo subway system.
"I want 'future terrorists' to stop their attacks on their own will before they are called 'real ones,'" Tomomasa Nakagawa wrote while on death row, according to a copy of the letter made available to Kyodo News through his lawyer in early March 2020.
"I'm very very sure that they will fall into deep despair if they see the result of their attack," says the letter, which has no date or title.
Nakagawa expressed remorse for the deadly sarin attack, saying, "I have gradually realized that our attack was extremely harmful to the victims and their families."
"Nothing good has happened after the Subway attack," wrote Nakagawa, who was involved in the manufacturing of the sarin gas.
He communicated to Kyodo News about the letter through the lawyer before he was hanged along with Aum Shinrikyo founder Shoko Asahara, whose real name was Chizuo Matsumoto, and 11 other cult members for the subway attack and other crimes, including the murder of lawyer Tsutsumi Sakamoto and his family in 1989 and a sarin gas attack in Matsumoto, Nagano Prefecture, in 1994.
Nakagawa, who served as Asahara's primary physician, also implored would-be terrorists to "imagine what will happen in the post-attack world while their living in the pre-attack world."
"What I have written here is too late for me," read the final words of the letter.
While on death row, Nakagawa had assisted in the composition of a report by Richard Danzig, a former secretary of the U.S. Navy who researched the Japanese cult's development of biochemical weapons such as sarin gas.
The letter had been meant for Danzig but had failed to reach him due to a slip-up, according to Nakagawa's lawyer.
Nakagawa had also regularly met with Anthony Tu, a professor emeritus at Colorado State University and toxicologist researching incidents involving the cult.
Danzig and Tu "conduct interviews with me in order to prevent future terrorism," Nakagawa said in the letter.
The Tokyo subway attack in March 1995, which targeted five train cars during the morning rush hour, left 14 people dead and more than 6,000 others injured.