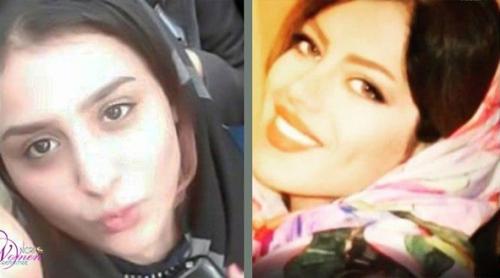 Two more "honor killings" of young women less than a month after the brutal murder of Romina.
Less than a month after Romina Ashrafi’s murder, two more honor killings have shaken Iranian society. Two young women were brutally murdered by their father and husband on June 14 and 15 of 2020.
Reyhaneh Ameri, 22, from Kerman (southeast Iran), was killed by her father on June 15 when he struck her with an ax. Reyhaneh’s father had tried to kill her three years ago by breaking her arms and legs, but her sister intervened and saved her (The state-run ROKNA News Agency – June 16, 2020).
In another case, Fatemeh Barahi, 19, was beheaded by her husband in the southwestern city of Abadan on Sunday night, June 14, 2020. The husband told officers that he had left Fatima’s head in the Bahar area near the Bahman Shir River after separating it from the rest of her body. Fatemeh Barahi married her cousin last year in a forced marriage (The state-run ROKNA News Agency – June 16, 2020).
According to state-run media, at least four honor killings took place in May and June in the northern province of Gilan, the southern province of Sistan and Baluchestan, the southeastern province of Kerman, and the southern province of Khuzestan.
These honor killings and the shocking tragedies are due to the misogynistic laws of the mullahs’ regime. Laws that do not criminalize violence against women, including domestic violence, serve to perpetuate it.
In addition, the constitution protects honor killings. Article 301 of the Iranian Penal Code states that retribution for the murderer; i.e., execution, is applicable only if the murderer is not the victim’s father or paternal grandfather (The Islamic Penal Code, adopted in April 2013).
Article 630 of the Iranian Penal Code stipulates that a woman can be murdered instantly if her husband finds her engaging in extramarital sex.
“Article 630: Whenever a man finds his wife committing adultery, and is sure of his wife’s consent in doing so, he can instantly kill both of them.”