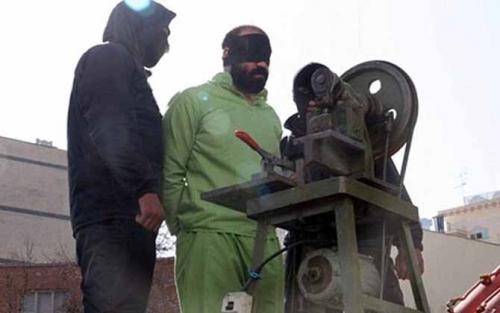 Supreme Court Upholds Cutting the Fingers of Four Inmates in Urmia. The Iranian Supreme Court upheld a ruling for cutting the four fingers of the right hands of four men in the Central Prison of Urmia. The news was published on June 26 by iran-hrm.com, that said that the ruling of Branch 13 of the Iranian Supreme Court was issued on May 2, 2020, but the convicts were informed of their sentence just last week. Three of the convicted prisoners are Hadi Rostami, Mehdi Sharifian and Mehdi Shahivand, whose sentences have been passed on to the Office for the Implementation of Verdicts of the Justice Department of Urmia. According to the verdict handed down by Ali Shushtari, the primary ruling by the First Branch of the First Penal Court of West Azerbaijan for Juveniles and Children fully complied with the legal conditions for inflicting the sentence stipulated in Article 268 of the Islamic Punishment Law. The Supreme Court branch rejected the convicts’ appeal and finalized the ruling. The three individuals were convicted in a joint case on November 19, 2019. Based on Article 278 of the Islamic Punishment Law, the four fingers of their right hands will be cut off for four counts of robbery. The fingers must be cut off from the bottom leaving only the palm and the thumb. According to Article 667 of the same law, they were also ordered to return the stolen goods. The Supreme Court had earlier upheld a similar ruling for Kasra Karami from Kermanshah who is also detained in the Prison of Urmia. This verdict has also been directed to the Implementation Office to be carried out. The court ruling on March 27, 2017, condemned Kasra Karami on the charge of robbery, sentencing him to the cutting off of four fingers of the right hand and reimbursement of the stolen money and property. Hadi Rostami, Mehdi Sharifian, Mehdi Shahivand and Kasra Karami announced that they had been made to confess under torture.