IRAN - Sajjad Sadeghi, a radio presenter, was lashed 74 times on June 27 for disclosing information on corruption of MP 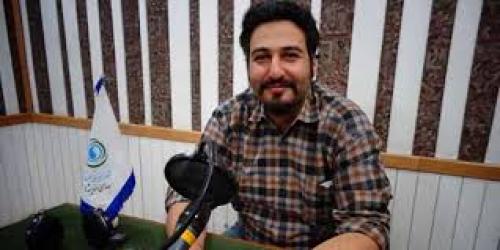 Sajjad Sadeghi, a radio presenter, was lashed 74 times on June 27 for disclosing information on “receiving a bribe in one of the oil transactions”. The news was reported by Iran HRM on July 15th. Sajjad Sadeghi was arrested by the Ministry of Intelligence last year for disclosing information about receiving a bribe in an oil deal and was sentenced to three sentences of 74 lashes upon the complaint filed by a member of the regime’s parliament, Hossein Afarideh. According to the verdict issued by the Criminal Court of Shahid Ghodoosi in Tehran, Sajjad Sadeghi was lashed 74 times, according to Article 134 of the Islamic Penal Code, which allows defendants to be punished with the maximum sentence in cases involving multiple convictions. The MP Hossein Afarideh had received a house in Tehran’s Zaferanieh neighbourhood and an apartment in Dubai for brokering an oil deal. The appeals court was supposed to be held in July 2020, but Branch 31 of the Tehran Appeal Court was held in absentia in June this year and convicted Mr. Sadeghi. Sajjad Sadeghi has been banned from working for the Radio and Television since June 2019, as well as writing or talking about political issues. Iran recently moved down three places to 173 as one of the worst violators of press right in the latest Reporters Without Borders (RSF) 2020 press freedom index.The RSF report says Iran has been one of the world’s most repressive countries for journalists for the past 40 years. According to the press freedom group’s report, at least 860 journalists and citizen-journalists were imprisoned or executed in the last four decades.