IRAN - Prosecutor In Iran Claims He Has Issued An Arrest Warrant For Trump. 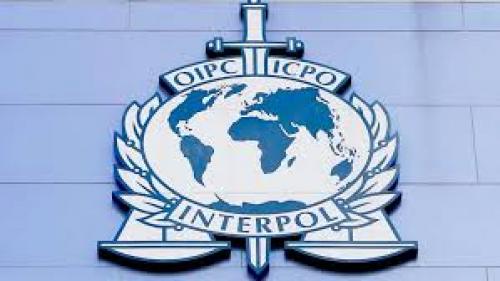 Prosecutor In Iran Claims He Has Issued An Arrest Warrant For Trump. Tehran Prosecutor General Ali Alqasimehr (also spelled Ali Alghasi-Mehr, or Al-Qasi-Mehr) says he has issued "arrest warrants" for the President Donald Trump and 35 others involved in the killing of Islamic Revolution Guards Corps' (IRGC) Qods Force commander, Qassem Soleimani. Qods Force is the extraterritorial military arm of the Islamic Republic for operations outside Iran, especially in the Middle East. Soleimani was killed by a U.S. drone attack on January 3 outside Baghdad's international airport. Alqasimehr, announced on Monday, June 29 that he had asked the Interpol to issue a "Red Notice" for detaining President Trump, who personally authorized the attack and others involved in the deadly drone strike, including U.S. political and military officials. However, Alqasimehr stopped short of identifying anyone else sought other than Donald Trump but stressed Iran would continue to pursue his prosecution even after his tenure as president. Responding to the prosecutor's comments, the U.S. senior diplomat for Iran, Brian Hook, dismissed Alqassimehr's move as a "propaganda stunt." "We assess that Interpol does not intervene and issue Red Notices based on a political nature," Hook told a news conference in Saudi Arabia's capital city, Riyadh, on Monday. "This has a political nature. It has nothing to do with national security, international peace, or promoting stability --- It is a propaganda stunt that no-one takes seriously," he said. Furthermore, Interpol, based in Lyon, France, noted in a statement that its constitution forbade it to undertake "any intervention or activities of a political, military, religious or racial character." "Therefore, if or when any such requests were to be sent to the General Secretariat," it added, "Interpol would not consider requests of this nature." At the same time, an organization in Iran called the "Follow-up Headquarters" held meetings to discuss the killing of Qassem Soleimani. Reports on the last session of the headquarters previous week showed a picture of the Islamic Republic Foreign Minister, Mohammad Javad Zarif beside Soleimani's daughter, Zeinab, who was presiding over the meeting. Soleimani's family and several officials from the Islamic Republic's foreign ministry have also announced that they intend to file a lawsuit against all responsible for the killing or pursue the matter internationally.

While it is quite clear that today's Iranian initiative is not destined to be successful, in the background there remains a real problem, which Hands off Cain and some other NGOs have been reporting regularly for some years: according to which authority the United States (but, albeit to a much lesser extent, also other countries) are they carrying out targeted killings of their opponents in the absence of any national or international judicial procedure?