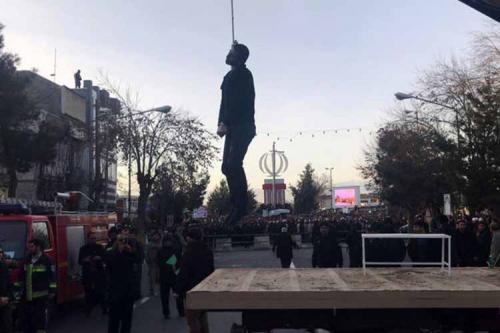 A man was publicly hanged in Salmas in West Azerbaijan Province, according to the state-run Rokna news agency.
A huge crowd, which might include children are assembled to watch the hanging.
Reports say the 39-year-old Hossein, who was hanged had been sentenced to death over murder charges.
Absence of classification of unintentional murders in Iran lead to capital punishment for everyone committed murder, intentional or unintentional.