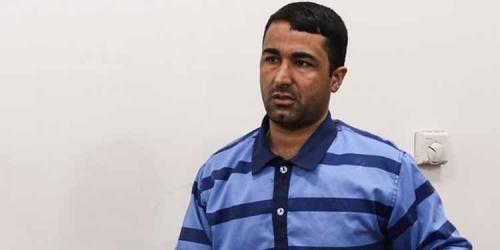 Political prisoner Mostafa Salehi was hanged at dawn today in a prison in Isfahan. Mostafa Salehi was one of the protesters arrested during the nationwide protests in 2017-18 in the city of Kahrizsang, in Isfahan province. He was accused of killing a member of the Revolutionary Guards using a “hunting rifle” during the protests in 2017-18, the judiciary’s Mizan News Agency and Iran's semi-official ISNA news agency reported. “Mostafa Salehi, who had murdered Sajad Shahsanayi with a bullet during the riots of (December 2017-January 2018), was executed this morning upon the request of the victim’s family,” Mizan said. Salehi had constantly denied the charges raised against him of killing the member of the regime’s IRGC Basij forces. According to a source who is one of Mustafa Salehi’s relatives, the 30-year-old construction worker pleaded not guilty to murder and was acquitted of the charges nearly one year after his arrest. “Under pressure from IRGC intelligence, the case was reopened and he was sentenced to death,” the source said. “He is innocent, he was forced to confess in front of the camera against himself, he did not plead guilty in court, there was no evidence. They executed him at the request of Shahsanayi’s family,” the source added. The unrest of late 2017 and early 2018 began as demonstrations against economic hardship that spread across the country, triggering violence that killed 21 people and led to thousands of arrests, according to officials.