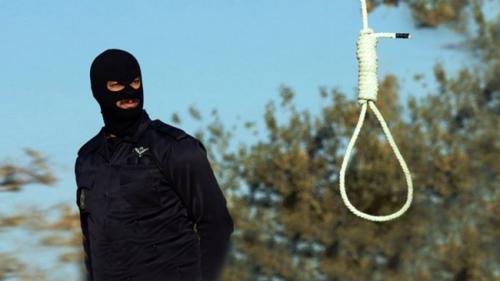 Mohammmadreza Rafati and Mohammad Tayyebi hanged on February 26 at Karaj city’s Rajai-Shahr prison. According to Iran Human Rights (IHR) sources, death-row prisoners Mohammmadreza Rafati (65) and Mohammad Tayyebi were executed at Karaj city’s Rajai-Shahr prison on February 26, 2020. “Mohammadreza Rafati was arrested 22 years ago for murder charges and spent 20 years in jail. He was sentenced to qisas (retribution-in-kind) but the plaintiff refused to be present for the execution for two decades. Therefore, according to the Iranian Islamic Penal Code, Mohammadreza was freed on bail. However, recently the plaintiff saw him on the streets, shouted on him and police arrested Mohammadreza. In a rare move, they have executed him 10 days after the recent arrest,” a well-informed source told IHR. According to the Iranian Islamic Penal Code (IPC) murder is punishable by qisas which means “retribution in kind” or retaliation. In this way, the State effectively puts the responsibility of the death sentence for murder on the shoulders of the victim’s family. In qisas cases, the plaintiff has the possibility to forgive or demand diya (blood money). However, if the plaintiff refuses to execute the defendant for a long time, the state can set the prisoner free on bail.