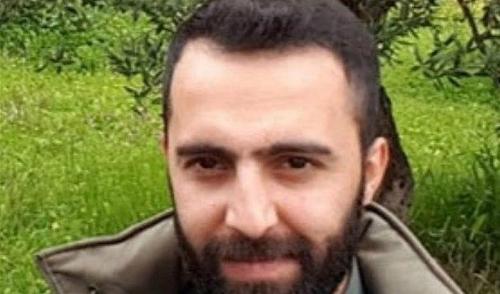 According to state media, Mahmoud Mousavi-Majd’s death sentence was carried out on July 18. He was sentenced to death by Branch 15 of the Revolutionary Court of Tehran on charges of "espionage for an enemy state." Shortly after the hearing, his sentence was upheld by Branch 19 of the Revolutionary Court.
"Mousavi-Majd was executed on Saturday morning, at 4 am, and the state media is even lying about the time of his execution." an informed source told IHR.
"Mahmoud Mousavi-Majd's sentence was carried out on Monday morning over the charge of espionage so that the case of his betrayal to his country will be closed forever," the judiciary's Mizan Online website reported on July 20.
In early June (see Hoc June 9, 2020), Judiciary spokesman Gholamhossein Esmaeili announced that Mousavi-Majd had been sentenced to death.
“Recently an individual named Seyyed Mahmoud Mousavi-Majd, who had been connected with Mossad and CIA services and had collected and transmitted intelligence on the location of Martyr General Soleimani, has been given a death sentence by the Islamic Revolution Court,” Esmaeili said.
The Judiciary later said the case of Mousavi-Majd has nothing to do with the American assassination of General Soleimani in Baghdad in early January.
Mousavi-Majd was arrested months before that incident and the court had issued an initial ruling on his case on August 25, 2019, the Judiciary said, explaining that the convict has never been released from custody since apprehension.
On January 3, U.S. President Donald Trump ordered airstrikes that killed General Soleimani and Abu Mahdi al-Muhandis, the second-in-command of Iraq’s Popular Mobilization Units (PMU), in Baghdad’s international airport.
Tasnim news agency last month said it had obtained documents that showed Mousavi-Majd was neither a military staffer, nor a member of the Islamic Revolution Guards Corps (IRGC), nor even a member of the Basij forces who go to Syria voluntarily for the fight against terrorism.
It said that the convict had left Iran before the victory of the Islamic Revolution in 1979 when he was a child, and grew up in Syria, where he established connections with a number of Iranian military advisers in that country and began a career as a driver.
Under the guise of a driver, the spy was gathering intelligence for the U.S. and Israel and received a salary of $5,000 a month from the CIA and Mossad, Tasnim added.
The news of Mousavi-Majd’s execution comes a week after Iran executed a retired employee of the Defense Ministry for providing the CIA with intelligence on Iranian missiles.