IRAN: KARIM ZARGAR, THE HEAD OF A SPIRITUAL INSTITUTION, WAS HANGED 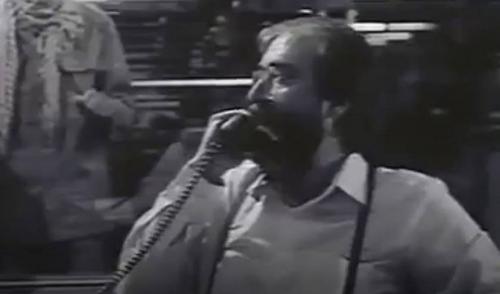 Karim Zargar, the former general manager of IRIB's international section, Iran TV's channel one broadcast manager, head of the Faculty of Radio and Television, and owner and managing director of Film Reports magazine (Gozaresh-e-Film), was hanged at Rajai Shahr Prison.
According to a report by Rokna, a man who has established a "fake spiritual institution" was executed. The report does not mention the name of the defendant or the date of execution. However, evidence suggests that the defendant was Karim Zargar who had been arrested along with his wife, Marjan Davari, in October 2015. Both of the defendants had been sentenced to death on the charge of Moharebeh by hardliner Judge Salavati at branch 15 of the Revolutionary Court.
Karim Zargar's lawyer, Vahid Moshkani Farahani, confirmed the execution of his client at Rajai Shahr Prison and told Iran Human Rights (IHR), "I wasn't informed of the execution, even though, the law emphasizes the presence of the lawyer at the time of the execution."
Aside from his Moharebeh sentence, Karim Zargar was also sentenced to death on the charge of rape by branch 6 of the Criminal Court of Tehran, but according to his lawyer, the execution was carried out for his Moharebe charge.
According to a report by HRANA, Karim Zargar was executed on Tuesday, January 30. However, most executions at Rajai Shahr Prison are carried out on Wednesdays.
Well-informed sources told Iran Human Rights (IHR) that the Supreme Court has rejected Marjan Davari's execution sentence and has sent her case to a parallel court for review.