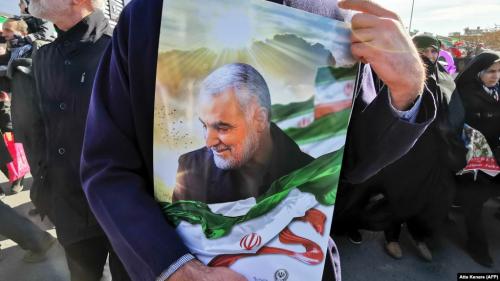 Iran to execute Sayyid Mahmoud Mousavi Majd, a man in connection with Qassem Soleimani’s death. Iran is set to “imminently” put to death an alleged spy responsible for providing intelligence that led to the US-ordered drone strike that killed General Qasem Soleimani, officials said Tuesday. Sayyid Mahmoud Mousavi Majd, an Iranian citizen, is accused of providing intelligence to American and Israeli spies about the movement of Soleimani, the head of Iran’s Islamic Revolutionary Guard Corps (IRGC) Quds Force. Soleimani was killed by a drone strike in Baghdad on January 3. “Majd was linked to the Mossad and the CIA and in return for American dollars, provided intelligence in the field of security, and in particular the armed forces including the Quds force to these spy agencies,” Gholam Hossein Esmaili, spokesperson for Iran’s judiciary said on Tuesday. “For this he was sentenced to death by a court and the branch 19 of the Supreme Court upheld the death sentence,” Esmaili said, adding that the sentence of execution “will be implemented imminently.” General Soleimani was killed alongside Abu Mahdi al-Muhandis, the operational head of Iraq’s Popular Mobilization Forces (PMF). Soleimani had flown to Baghdad on a commercial flight from Syria and was greeted by al-Muhandis. On January 18, Intelli Times, an online Israeli intelligence blog published a detailed reconstructed report about the operation according to which when flying to Baghdad, Soleimani was nearly always greeted by Al-Muhandis upon arrival at the airport where (IPRF) agents had been observed making preparations before the attack. Iran responded to the attack by firing missiles at Ain al-Assad base near Baghdad causing injuries to several American service members based there.